SHOW HIM YOU LIKE HIM WITH THESE 16 FLIRTING TRICKS 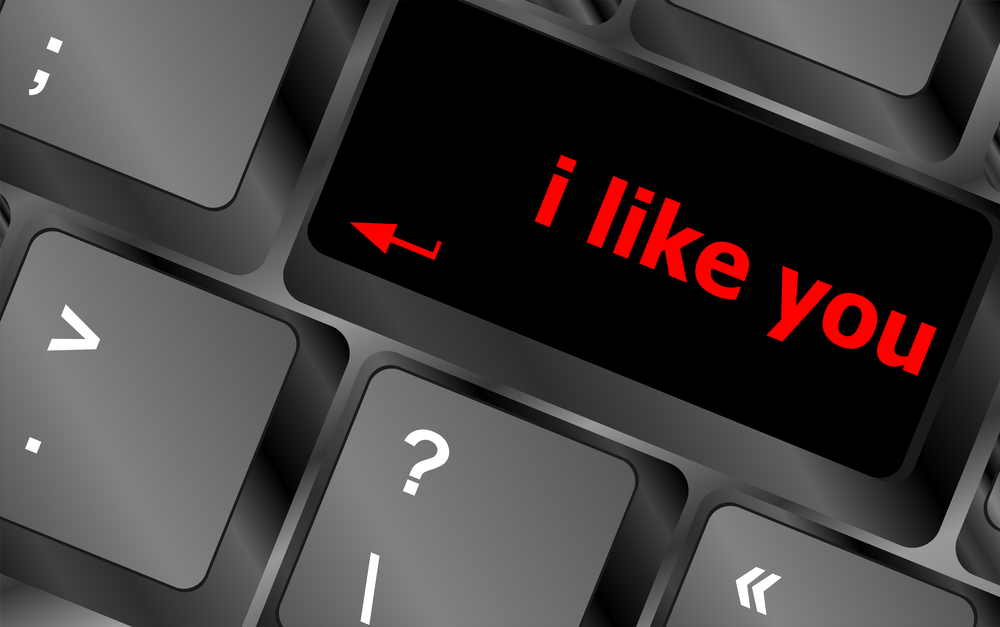 There are three main ways to show him you like him: physically, verbally, and other ways. We’ll get more in-depth with all three ways on how to show a guy you like him.

Physicality is a huge part of flirting like a pro, so try these tips the next time you see him.

1. TOUCH HIS ARM OR HAND

When learning how to show a guy you like him, one of the best ways is to always look for an excuse to touch him. But we don’t mean to maul him. Touch him subtly by placing your hand on his hand or by holding his arm, old-fashioned style, as you’re walking. Even standing close enough that your body brushes against his is good.

When you catch his eye, flash him a quick smile. But don’t keep staring at him. Look away after he sees your smile, and let him make the next move. He already saw you looking and then smiling at him.

You’ve let him know that you’re interested. If he’s also interested, he’ll probably come over and start talking to you.

Some people are natural huggers, so there’s nothing too forward about hugging a guy you like when you first see him or when you’re giving him a hug goodbye. Note that if you like him, your heart will probably race a bit during the hug.

Making eye contact with a guy you like will show him you like him, that you’re interested in him, and that you’re paying attention to him. It also boosts your sex appeal. You can also lean in toward him and be animated with your gestures when you two start talking.

Mirroring is a trick you can use if you’re having trouble connecting with a guy you like. If you’re sitting across from the guy you like, and he’s leaning forward to talk with you, you would mirror what he’s doing by leaning in as well as opposed to sitting back in your chair. You can also mirror by using the same tone of voice he’s using.

If he’s speaking in a quiet voice and you’re talking loudly, it will probably be a turn-off. But if you also speak softly, he’ll be more likely to listen to you and to enjoy being with you. Mirroring works because it helps you pay attention to the other person. You can’t mirror someone you’re not focused on.

Plus, paying attention to his body language can help you determine his feelings.

These are all classic signs of flirting, and if he does them back, he may be flirting with you!

2. TALK HIGHLY OF HIM TO MUTUAL FRIENDS

When he’s not around, talk about him to your mutual friends. Talk about what a great guy he is and say some things that you like about him. Whatever you say will most likely get back to him, so plan what you’ll say first.

And if that doesn’t work, ask one of your mutual friends to let him know that you like him. They’d probably be more than happy to do this. Who knows? He might have already told these friends that he likes you. Having a mediator might be just what the two of you need to break the ice.

3. TELL HIM YOU WERE THINKING OF HIM

Let him know if you had a dream about him if you did, or just that you’ve been thinking of him. The idea is to let him know that you have him on your mind. But be careful not to overdo this. If all you do is think of him, you might start to get neurotic about him, constantly worrying about what he thinks about you or what he’s doing every moment.

And when all you’re doing is thinking of him, you aren’t pursuing the other things in your life that would make you appealing to him. Let him know you think of him, but don’t give up your life for him.

It’s okay to make the first move by texting a guy you like. By texting him, you show him you like him, and you give him the opening to start texting you. But then you need to start letting him make the next move. And he should be the one to contact you first for the next conversation. Check out our rules for texting a guy to learn more.

5. LAUGH AT HIS JOKES

Women value men who are funny, and men like it when women find their jokes funny. So, even if you don’t think what he said was funny enough to make you laugh, you can laugh a little, such as a small giggle, anyway. You’re doing this to show him you like him, to show support, and to show that you enjoy being with him and like listening to what he has to say.

6. BRING UP SOMETHING HE ALREADY TOLD YOU

If you and the guy you like have already had a conversation, bring up something he said to you the next time you talk. If he told you he was planning something fun for the weekend, for example, ask him how it went. Whatever it was, just remembering something he said will make him feel good and will probably get him to like you better.

By asking him questions about himself, such as what his favorite TV show or sports team is, you’re showing that you are interested in him. And you can also determine whether you have things in common this way. If so, you’ll have plenty of things to talk about. Try these questions if you’re stumped.

1. GET HIM A SMALL PRESENT

This one is risky, so that’s the reason we emphasize a small present. He can feel weird if you get him something, and he doesn’t have something for you. And this could be even more awkward if you’ve spent some time or money on this gift to show him how much you like him, and he doesn’t feel the same way about you.

But it’s okay to get him something that didn’t take much time or effort, such as his favorite snack food or dessert.

It’s good to like his posts and photos, and it’s also good to make an occasional comment, but don’t like or comment on a bunch of posts or photos all at once. This makes it seem as if you’re stalking him or that you’re desperate.

You have to develop a balancing act between showing your interest and support and going too far. If you like about three to five posts or pictures, that should be fine. Any more than that, and you’ve gone too far.

Also, don’t like the photos or posts that are months’ old. That signals you’ve been stalking him, and he’ll probably find it weird.

If he works in a public place near you, like at a coffee shop, it would be perfectly natural to stop by. This will show him you like him, and it’s the perfect way to have a short visit since he will probably be busy and can’t talk much.

But if he works in an office or somewhere that wouldn’t make sense to pop in unless you arranged to have lunch together, then don’t do it. It will seem as if you’re stalking him.

Sometimes, you will just have to be upfront and ask him for a date to show him you like him. Make it clear it’s not just a friend thing.

Unfortunately, rejection is a reality. Be gracious in person. You can call friends to fall apart later. Don’t be angry or rude to him, especially if he’s trying to be kind. Everyone’s been through this.

Being open with your feelings is difficult, and everyone has been there. Don’t assume that your efforts will end in rejection, but be prepared if they do. The good news is that this gets easier the more you do it. Now that you know how to show a guy you like him, you should be dating someone you like very soon.