THE PERFECT LOVE BITE: HOW TO GIVE A HICKEY!

There are lots of ways to kiss someone and show affection. Giving someone a hickey is one fun way. And what’s not to love about the other name for a hickey: “love bite”? 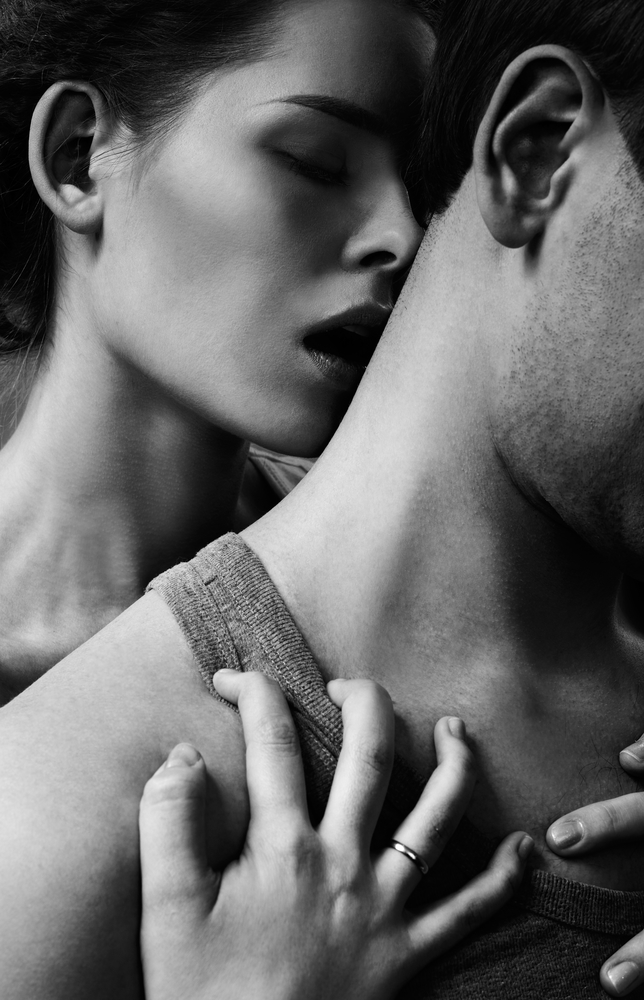 But first … would you like to know what a hickey is? It’s really a sort of bruise brought on by breaking your partner’s blood vessels. Hmm. Although that doesn’t sound too sexy, because you use your mouth and you give a hickey as part of making out (more tips here), it is sexy, and it can be fun to do.

When you give a hickey, start with regular kissing. Check out our tips for kissing in this guide. After a while, it’s hickey time. Note that the hickey won’t show immediately. The area will probably look red at first. But in a few hours, if you follow the steps to giving a hickey, a hickey will develop. Here are six steps on how to give a hickey.

1. FOCUS ON THE NECK

When you give a hickey, the traditional place to give it is the neck. But you can give a hickey anywhere on the body where the skin is soft. Some people give a hickey on the inside of the arm or on the inner thigh. You can also focus on his chest or he can leave a hickey on your breasts. Combine it with nipple play. More on that here.

Start kissing on the neck (or wherever it is you’re giving the hickey). Form your mouth into an “O” shape, and gently suck in some skin. Do this for about 30 seconds.

To make the hickey, you’ll want to start sucking harder. Suck some of his skin into your mouth. The hickey will start forming. Do this for about 30 seconds or more. If you want to produce a big hickey, suck long and hard.

To vary things up a bit and make the experience more exciting and passionate for him, vary the sucking with a bit of nibbling and biting. After all, giving a hickey is a form of sadomasochism (S&M). So inflicting a bit of pain works here. You don’t have to like S&M to like biting, however. More on that here.

Although some S&M is involved in giving a hickey, you don’t want the experience to be too painful for your guy. Avoid areas that will bring him no pleasure, such as his Adam’s apple and around his veins.

Now that you know how to give a hickey, you can make a hickey look particularly big and dark if you really want to make your mark. Do all your hickey moves, but then wait about 30 seconds. Do what you just did all over again in the same spot.

Although giving and getting a hickey can be great fun, there are some problems associated with getting a hickey. Although hickeys aren’t permanent or dangerous, they do last for a week or two. Since a hickey is a bruise, it lasts as long as a bruise would.

1. THEY CAN BE EMBARRASSING

Having a hickey on your neck is like wearing a sign saying you just had some sort of sexual escapade recently. There are times when you wouldn’t mind announcing that you’ve just had sex. If you’re particularly proud of the person you hooked up with, you’ll probably want to flaunt the fact by showing your hickey. Your friends will want to know all the details of your night.

But there are also times you don’t want people giving you the stare of disapproval. Maybe your parents are coming to visit, or you just feel uncomfortable walking around announcing what you did last night. Work may not be an appropriate place to show a hickey, either.

Remember earlier, we said another name for a hickey was a love bite. Well, another name is “slut stamp.” If that’s the case, you’ll need to hide the hickey somehow, even though we don’t condone slut shaming. More on that here.

2. COVERING THEM CAN BE ANNOYING

You can always tie a scarf around your neck, and viola, no one will ever know. If you’re not the scarf type, you can probably hide a hickey with cover-up. It works best if you first use primer. Then use a yellow-based concealer. Then use a green concealer. You need both types to cover the different colors of the hickey best. After that, use foundation. Blend in the foundation so you can’t notice it.

Your guy can probably hide the hickey by wearing a collared shirt. Or he could wear a turtleneck sweater (if it’s not summer and if he doesn’t mind looking like Steve Jobs).

You can try some methods to reduce the appearance of a hickey. Rubbing ice on a new hickey might help. Holding a warm towel on an older one might make it less noticeable.

3. THEY CAN LEAVE A SCAR

Although most people won’t be scarred for life from a hickey, some people do wind up with a tiny scar. This tends to happen to people who are very fair skin who got a pretty major hickey that included biting.

Because a hickey is mostly seen on high school kids, if you’re older than that, it might seem a bit too immature for you to be sporting one. People might roll their eyes at you, wondering when you’ll grow up.

If you’ve accidentally left a hickey, the tips in this post can help you to get rid of it.

Giving a hickey is another fun activity to add to your kissing repertoire. Giving a hickey does have some drawbacks, so you don’t want to give a hickey too often. But getting a hickey can feel good, which is the reason people still give them and get them, even though they leave what could be an embarrassing mark.

It’s always a good idea to ask first before you give a hickey. If he wants one, he probably appreciates that you asked. If he doesn’t, he can then tell you what he’d rather have you do to him. This is a win-win situation.

Also, keep in mind that if either of you are not enjoying getting a hickey, you should be able to say so. Not everyone likes them. But getting and giving a hickey can be a great way to show your passion (more passionate sex games here). So have some fun with it.