THE TRUTHS AND MYTHS SURROUNDING THE CONCEPT OF VIRGINITY

For thousands of years, a woman’s status as a virgin or nonvirgin has been used to define and, in some cases, discredit her. A young woman who hasn’t had sex is “pure,” but a woman who has had sex at the wrong time, with the wrong person or with too many people is somehow less worthy. This is especially true in some communities. Yet others deride virginal women for being too prudish. Does the idea of virginity even have a place in modern society? 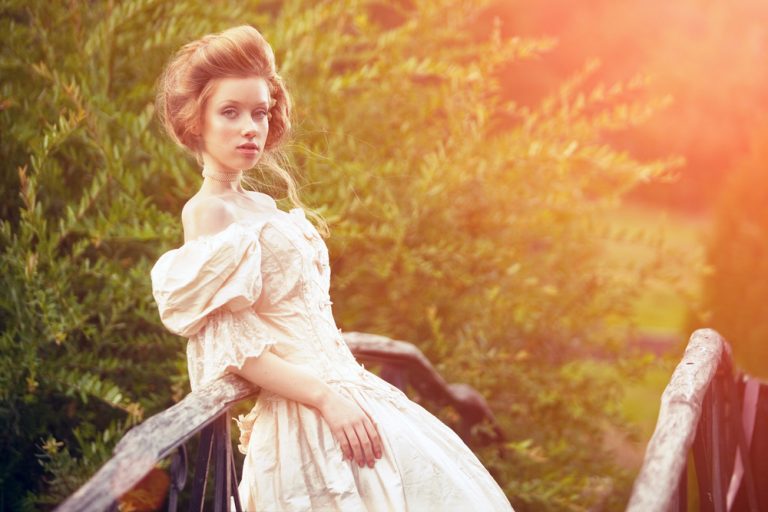 The concept of virginity is nothing new, but our views about it are certainly changing! Let’s take a look into the history of virginity real quick.

The concept of virginity and the assumed value of a woman who is still “unsullied” because she hasn’t had sex is thousands of years old. We know this from one of the oldest books in existence: the Bible (and there certainly remains worship of the world’s most infamous virgin). But while thousands of years may have passed since any of the characters between those pages walked the Earth, virginity is still a pretty big deal.

Virginity was especially prized in the middle ages, a time when royalty married off sons and daughters to form alliances. Ensuring virginity was the only way to trace paternity [1] and lineage (maternity wasn’t in question, and a man didn’t have to be as careful as a woman when it came to siring other children). Otherwise, an illegitimate child could make his claim to his father’s property or, worse, royal status. Bloodlines were important, and paternity tests wouldn’t exist for hundreds of years.

A woman and her virginity might belong to her father until a husband enters the picture. Then, it’s the woman’s responsibility to prove virginity on her wedding night and sometimes even during divorce proceedings. People have long viewed the hymen as proof of virginity or lack thereof, even though we know this isn’t the case. People expected that a woman would bleed when her hymen was torn during the first time she had intercourse. And some cultures even demanded proof in the form of a bloodied bedsheet [2] [3].

People assumed a woman who didn’t bleed wasn’t a virgin, and the groom might even demand an annulment. But the problem with this form of “proof” was that it was easy enough for fake if a woman wanted to – even if she had actually been a virgin but just hadn’t bled during her first time.

VIRGINITY AND A WOMAN’S WORTH

While a woman may use creams or pay for expensive plastic surgery to look and feel ‘like a virgin,’ [4] virginity restoration is nothing new. In the middle ages, women tried everything from “curses” to potions to actual poisons to be virginal again. Some devices even acted like imitation hymens while some methods focused on restoring the spiritual concept of virginity.

In the modern world, we still see people holding onto their virginity and holding out until the ideal time to lose it. Perhaps they’re waiting to fall in love or become married. Some wear silver rings and take pledges. Some young women participate in a traditional father-daughter style dance called a Purity Ball where they make a similar pledge. Fathers essentially sign up as the protectors of the girls’ virtue.

Pledges and events like these have come under fire for a myriad of reasons, not the least of which the idea that virginity is to be prized and protected at all costs. The girl’s father is in control of her, and she has no agency over her body or sexuality.

Even now, some cultures practice a form of female genital mutilation where part or all of a girl’s clitoris is removed, and her vagina is sewn shut [5]. She remains (painfully) a virgin until a partner forcefully rips stitches from her body.

Talk about a trauma-inducing experiencing, not to mention the pain and often the infections that follow. Female circumcision can prevent a woman from ever enjoying sex, and it’s truly a barbaric practice.

On the other hand, when someone’s virgin status becomes known, some people want to take away that virginity. This is especially true of men who take pleasure from “deflowering” young virginal women. For some people, this is even a fetish.

The way we talk about virginity is telling. It’s something that a person has and loses after having sex – or more specifically, it’s something that a woman gives to a man/a man takes. People view women especially as lesser after having sex and if they have a number of sexual partners. It’s comparatively rare for a man to see ire for having a long list of past partners, however. The concept of virginity is one that’s misogynistic at its core. This is just as true now as it was hundreds or even thousands of years ago.

Virgin women are prized and described as magical creatures like the mythical unicorn, but virginity can also seem like a curse. Some people will tease people who are virgins and pressure them to just do it before they’re ready. People who don’t have sex, especially women, are called prudes and uptight while at the very same time, others might laud a woman for what remaining a virgin says about her morals.

Of course, this viewpoint is narrow-minded and doesn’t take into account all the nuance of femininity and humanity. A person can be a virgin but “sin” in other ways. And virginity doesn’t promise that someone is a better person or more valuable than someone else. Just because a woman enjoys sex doesn’t mean she’s worth less or a worse person than a virgin.

This idea is closely entwined with slut shaming. More on that here.

We have made progress over the years, especially when it comes to knowledge about virginity. One of those things is that you cannot tell if a woman is a virgin or has lost her virginity based on a cursory examination. Furthermore, the hymen is a terrible barometer for measuring virginity despite some sex “educators” still equating the two. Your hymen is actually a thin, stretchy membrane around your vaginal opening. It may cover some or all of your vagina but, in the latter case, this can lead to serious health concerns and difficult menstruation [6].

Find out more about how the hymen works.

When you have sex for the first time and lose your virginity, you shouldn’t bleed. Almost two-thirds of all women don’t [7]. Bleeding typically indicates that something is wrong: you’re not lubricated enough, or your partner is too rough being the most common things. Discover why you’re bleeding after sex.

You can make sex more comfortable by using lube

Why shouldn’t they? The desire to have sex and curiosity about sex is natural. Sex is how we procreate and continue our species. It also happens to feel damned good!

And the concept of virginity doesn’t necessarily take into consideration same-sex partners. There may be no vaginal penetration or penetration at all. But are you a virgin if you’ve never had sex with a man, even if you’ve had plenty of partners who were women?

VIRGINITY, SEXUAL ANXIETY AND SETTING THE STAGE FOR HEALTHY SEXUALITY

Another pitfall that comes with the idea of virginity is that the significance placed on it can cause an awful lot of anxiety for people who are considering “losing” it. Having sex for the first time is certainly something that most people should give some thought. But some people build it up until it’s such a big thing that they avoid sex and the connection and pleasure that sex can provide.

Read this before losing your virginity.

If you’re worried about your first time hurting or causing you to bleed, you’re probably going to be tense. This tension can make sex more uncomfortable than it should be.

Psst, sexual anxiety is something that we all experience from time to time. But you should be able to get over it. Learn more.

Hopefully, we’ve given you something to think about when it comes to virginity. The entire concept has sexist roots and has very little value in our modern world. Even if it did, it’s impossible to prove virginity, and the obsession with virginity has led to poor treatment of women. So, if the idea of virginity does nothing for you, feel free to ditch it!