THE ULTIMATE GUIDE TO DOMESTIC DISCIPLINE & IMPROVING YOUR RELATIONSHIP 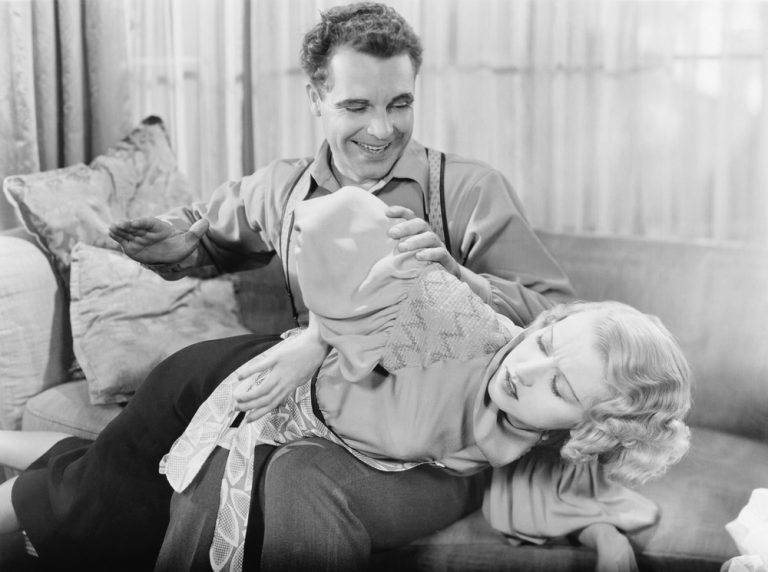 WHAT IS DOMESTIC DISCIPLINE?

A domestic discipline relationship, also known as DD, is one in which the man/husband has more authority over his wife/submissive. He creates rules for her to abide by and can administer punishment if she fails to adhere to those rules in an attempt to maintain a healthy relationship (what does a healthy relationship look like? Read this!) and functioning household and protect the family. Typically (but not always), the punishment comes in the form of spanking, and flagellation is a common element in DD households.

Straight, monogamous couples are those who are the most likely to live a DD lifestyle, and these couples are often Christian who believe in the Bible has described the ideal household similar to those achieved/desired in domestic discipline.

How do you keep a system of checks and balances when it comes to a relationship structure that some people view as ordained by God?

Some DD couples do craft rules or responsibilities for the dominant/HoH, including those about how he governs his household. His power is not unlimited, and some DD partnerships have fewer rules than others, further limiting the husband’s authority. A couple may agree upon repercussions for the husband if he fails to protect and provide for his family.

Psst, does domestic discipline sound a little too structured? Learn how to implement boundaries in your relationship, instead.

If you’re into the idea of domestic discipline because you enjoy your partner being the one who is in control or your relationship could use more structure, you’ll need to devise rules. They can be as numerous or few as you’d like. Similarly, they may be specific or vague, but you might find specific rules easier to follow.

WHEN RULES ARE BROKEN

Spanking can be pretty timid and you might enjoy it, but it’s also good to consider aftercare such as a soothing balm or even time to cuddle. Read our post on aftercare to learn more.

OTHER FORMS OF PUNISHMENT

You might have gotten an idea about what DD is from the Princess Fantasy but there are quite a few domestic discipline communities and blogs that can give you further information and connect you to other people who believe in this lifestyle.