THE WEIRD TRUTH ABOUT CUFFING SEASON, THAT PEOPLE SHOULD ALREADY KNOW

We’re well into cuffing season. What does that mean, you ask? We’re here to tell you and shed a little light on the mystery! 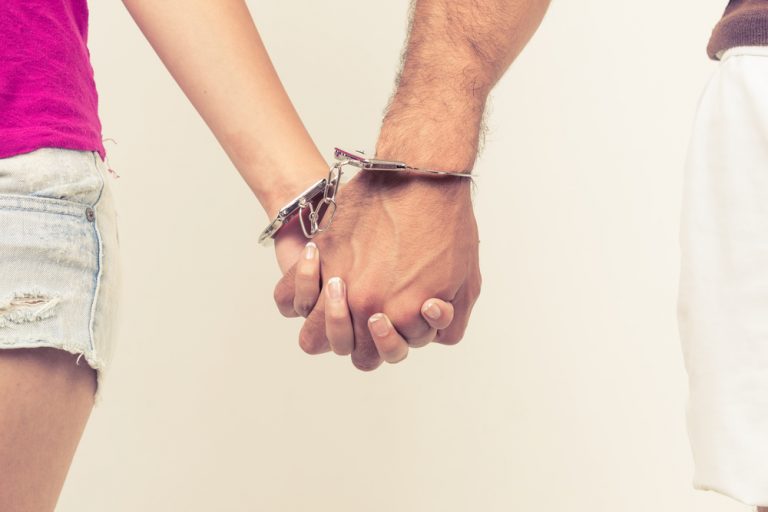 Cuffing season is a phrase used to describe a phenomenon that occurs during the winter months. Temperatures dip, and people seem anxious to get into relationships, even if they’re usually carefree or even promiscuous. People become cuffed, hence the name.

That’s right, cuffing season has nothing to do with bondage at all. It’s more of an homage to the idea that the person you’re in a relationship with is the ol’ ball and chain.

WHEN DOES CUFFING SEASON HAPPEN?

When people describe cuffing season, they point out that it occurs in winter. In the northern hemisphere, this means December through March (cuffing season doesn’t seem to be a thing in southern areas where winters are generally warmer).

But cuffing season can even start earlier than that as people prepare for cold winters, which can be lonely, and family holidays, which are often fraught with questions regarding one’s dating life and relationships. You’ll see articles about cuffing season before Thanksgiving, but that may be too late to start thinking about it. The cuffing season may start as early as September (beware of warm weather, which can push cuffing season back, however).

As you spend more time indoors and less time prowling bars or nightclubs (they are just 2 of the 12 great places to find men) for hookups and people to date, you meet fewer people. Who knows when the next time you’ll have sex will be? It’s not a risk worth taking. So people look for someone to pair up with, whether they realize it or not.

Now, you might wonder whether cuffing season is a real thing, and that’s a legitimate response (any entry on Urban Dictionary needs to be vetted to determine if it’s real and used by more than two people). After all, you might not incline to couple up with someone just because the temperatures are cold. Sure, having someone to snuggle with and watch movies when the ground outside is covered with snow is nice, but don’t rush to hook up with anyone for that reason. Some people do, however.

One survey indicates that men are 15% more likely to want a relationship during winter than women who are 5% more likely to be looking for romance than just sex [1]. Those numbers aren’t drastic, however.

Birthrates might also lend some credence to the idea of cuffing season or, at the very least, that people are having more sex in the winter time. What else is there to do anyway? Studies show that September is the month that has the greatest number of births in the United States [2], even though the exact date has changed through the years [3]. August and July experience higher birth rates than many months, including those in the dead of winter.

NOT EVERYONE GETS CUFFED

If you’re a college student who is reading this, you might have noticed a trend different from cuffing. Around Thanksgiving, people seem to break up. This is known in some circles at the “Turkey Drop.” After a few months in college, people who have been part of a couple might be ready to move on.

It could be that the novelty has worn off. But some people also consider whether they can last in a relationship through the entire winter. If they don’t think it’s worth waiting it out, they break up with their significant others. This leaves them free for winter or to find someone else for cuffing season.

CUFFING IS ABOUT COMFORT, NOT COMPATIBILITY

Understand that the relationships during these times might sometimes be true love (is he the one? find out here) or longterm love, but more often than not, this isn’t the case. These relationships aren’t intended to last forever or lead to marriage. Instead, they help you get through the winter.

Cuffing season isn’t about perfect compatibility because you don’t plan to stay with this guy. So you can let your standards drop a little. Save the effort you would have used looking for love.

Instead, look for a warm body, someone who is good enough as a companion and lover until the snow melts.

Keep your eyes peeled during Halloween parties and bar crawls for guys to whom you wouldn’t mind being cuffed for a few months.

Social media makes cuffing season easy. You can gaze through your list and find hookups or even exes who might be down with temporary cuffing. Beware that guys may be doing the same thing. If someone suddenly starts chatting with you after a long period of silence– or for the first time ever — he might be scoping out potential matches for cuffing season, too.

When you find someone whom you can stand for a few months, you’re set. You suddenly have someone to go on double dates with, to cuddle and to fuck, and to bring to those awkward family dinners that happen so often during winter (I’m talking Christmas & Thanksgiving). You can introduce this guy to your family to get them off your back and have someone to kiss under the mistletoe or when the new year arrives.

Looking for something to do during the cold months? Check out these winter date ideas.

Don’t be alarmed if no one bites. You might not know a lot of single men, and other people don’t necessarily feel the urge to pair up as strongly as you might. Just keep being active and awesome to attract a suitor.

And if you spend the entire cuffing season being single, don’t worry. You’re not alone, even when it feels like you are. Plenty of people are single. Tons of people have too much on their plate already to waste energy on a temporary relationship that brings them no closer to their long-term goals.

You know what you want, and that’s just fine.

CUFFING SEASON WHEN YOU’RE ALREADY IN A RELATIONSHIP

There’s another aspect to cuffing season, too. For people who are already in relationships, the cooler temperatures might lead to the next step in their relationships. Imagine Christmas or New year proposals. While you shouldn’t count on being engaged after the first of the new year, cuffing season can work in your favor if your partner decides to pop the question.

It might also be the time when you finally utter those three little words.

WHEN IT COMES TIME TO PART

But cuffing season doesn’t always work out well. For instance, if someone isn’t familiar with the concept, they might not realize that a new relationship is temporary. You shouldn’t necessarily have to explain to someone that your relationship has an expiration date, nor should you expect similar treatment. But pay attention for signs that your relationship will be over soon as March rolls around and the snow melts.

Read: 10 Signs Your Relationship Will Soon Be Over

Similarly, don’t fall into the trap of making future plans that you don’t plan to commit to. If you want a more casual relationship, let your partner know that you’re looking to enjoy things in the present, even if you don’t use the exact words “cuffing season.”

Some people understand that relationships started in autumn or winter won’t last forever, and they part amicably once green grass appears again.

Don’t get attached to pets, friends or family members if you know you won’t be in their lives for long. If both you and this guy realize this isn’t for keeps, you might set up some ground rules to prevent things from becoming too complicated.

You might benefit from reading our advice to make NSA relationships work, so you don’t become caught in that trap. At the very least, keep your options open and remember the reasons why you didn’t get into a relationship with this guy before cuffing season.

It may not be difficult to ditch this guy once the weather warms up and you spend more time outdoors, which means you have more opportunities to meet people. You might cut your hair, shaved your legs and break up with whoever cuffed you because you simply can’t stand to stay attached any longer.

All of this assumes you believe in cuffing season, that you live in a northern area and that you’re worried about having fewer prospects just because it’s cold. If you live in a busy city where winter never gets bitterly cold or use Tinder, you might not have those worries.

Whether cuffing season has biological roots or it’s simply a trend that has yet to run its course, data suggests that both men and women might be more likely to settle down, if only for just the winter.