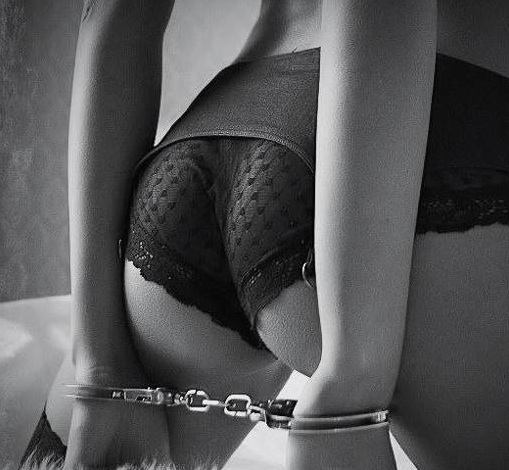 Find out more about bondage.

Similarly, people have viewed an interest in bondage and power exchange as a characteristic of prior abuse or unhealthy relationships, but this is not necessarily the case [15].

One way to get your partner to be a bit more receptive is to bring up the idea of something you’d like to try when you’re aroused. Arousal can lower our disgust responses and make us more receptive to sexual suggestions.

Jay Wiseman, author of Sm 101: A Realistic Introduction, cautions folks to start lighter than light and to build up slower than slow [33, p.172]. This gives you plenty of time to get accustomed and acclimated to the activities you’re doing.

The idea of consent is one that may not be obvious to the casual observer, but safe, sane and consensual practitioners agree to limits – what they are and aren’t willing to do – before the scene. While a submissive might be experiencing pain that appears to push them to the limits, a good dominant will understand what those limits are, and the two will have discussed what to expect beforehand.

For some people, negotiation includes signing a contract. The idea of a contract might sound overly formal or even silly, but some people like them. Depending on your contract, you agree to play with a partner for a period. Some people use temporary contracts for a single play session while others sign them for years (with the caveat that they periodically revisit the contract).

Your contract might include mentions of your safe word, nicknames or titles you’ll use during the scene, any limits, and pertinent health information. For example, you might list any STIs, allergies or injuries or conditions (think arthritis, anxiety or low blood pressure) that might affect how you play.

Of course, you don’t need a contract to specify some of those things, especially for more simple or casual scenes. But contracts and checklists are tools you can use if you do find yourself wanting to establish more firm protocols and plan in-depth before your scenes.

One aspect of communication and safety, in particular, is the safe word, a word or phrase that a submissive will use if the scene becomes too intense. Some people will say that the submissive actually calls the shots and has the power because of their ability to halt play, but it’s important to communicative effectively if you want to ensure both you and your man get the most out of BDSM. You’ll find that great communication is great for other things too, like figuring out what kinds of dirty talk you enjoy (more on dirty talk here) or when you want your man to keep his hands off your head during a blow job (more on giving great oral sex here).

A safe word should be short so that it’s easy to remember and say during an intense scene, but it should not be “Stop” or “No” because those words might be used when you’re playing a role in a scene and you don’t actually want to stop. Some people like the traffic light system where green means good ahead, yellow means slow down or pause, and red means stop.

Occasionally, someone might say that a safe word is unnecessary, but we would advise against playing with anyone who says this if you’re not already familiar with them. Although you may not feel the need to use a safe word, especially when you’re with a longterm partner, but you should always have the option.

Setting up a safe word also benefits you if you’re the dominant. How? You can breathe easy knowing that if anything isn’t working for your submissive partner, he’ll speak up. Thus, you can worry less about potentially hurting him or doing something wrong. This may be especially reassuring for new dommes, but it’s beneficial no matter how experienced you are.

Common impact toys such as floggers and whips can draw blood. Not only should you worry about transmitting diseases, but you should also consider that you can do real damage to a person if you aim for a location on the body without enough padding. The butt and backs of thighs make an excellent target while aiming for the lower back can cause damage to the kidneys.

Never bind someone’s neck, which could cause asphyxiation (the cause of death for actor David Carradine, who was apparently into autoerotic asphyxiation).

Open wounds must be treated immediately. Although some people like bruises, extreme bruising of buttocks can make it difficult to sit after a scene.

Subspace can lead to a condition known as sub drop. After a scene ends, all of the chemicals that were swirling in your brain to create sub space settle down. Your body is able to leave its heightened state of arousal and flow, and you may find yourself quite exhausted. Sub drop may include feeling “sadness, remorse or guilt, physical shaking or chills, crying and simple but profound exhaustion” [34].

Sub drop may not always happen, just like you may not always find yourself in sub space. However, it may be more likely to happen if a scene suddenly ends for any reason. Aftercare can minimize the effects of sub drop, however.

Another element of safety is aftercare. Aftercare refers to any activities that help you reconnect after a scene and safely ease back into the “sober” world. Aftercare can also make sub drop feel less intense.

Cuddling is a common form of aftercare, as is having a snack and drink. Some people provide sports drinks for their partners to help replenish electrolytes. A warm blanket or your favorite movie might be your ideal type of aftercare. Focus on activities that help to soothe your mind and body after a scene.

While people often focus on aftercare for the submissive/bottom as performed by the top, aftercare can also benefit the top. Don’t forget about yourself if you’re the top.

Finally, you might want to check in with your partner a few days down the road. Scenes can go well but still produce intense feelings, and those emotions may not always appear right away. Asking your play partner out for ice cream a few days after an intense scene might be an appreciated form of aftercare!

By the time you’re in a scene, you should have discussed limits and perhaps negotiated boundaries (or potentially realized that this person isn’t taking safety seriously and called it off). You may have a very good idea of what will happen; although, that is not always the case. Not only do you have the reassurance of being able to use a safe word (or that your partner will use one should the need arise) but you know that aftercare will follow, so you’ll both be happy once the scene ends.

A person can be dominant, and a bit masochistic, or a submissive might enjoy serving a dominant but dislike pain. A person might like playing both roles. This type of person is known as a switch.

Get more tips for being submissive in bed.

There is no right way to be submissive, and for many people, there is no way to “force” those feelings if they don’t come naturally. This means that you might play the dominant or “top” role with your partner who identifies as a submissive, but you don’t naturally want to engage in those roles. You can’t teach someone how to feel submissive if those feelings just don’t exist.

For some people, a partner who is willing but who doesn’t feel strongly about those roles may not adequately fill the role.

As a submissive, you’ll comply with your partner’s demands and try to fulfill those wishes to the best of your ability. You partner may prefer that you ask for permission (to touch him or yourself, to orgasm, etc.) But being submissive isn’t all work; it can be quite rewarding, and there are times when you can do nothing but wait in aroused anticipation for what your partner does to you.

Don’t forget that using your safe word when you’re reaching your limit is part of your responsibility as a submissive.

It might feel a little awkward to step into your dominant role, which is why man recommend trying out a title such as “Ma’am” or “Mistress” during your scene to establish roles [36, p.153]. Wearing the right costume can also help you get into the dominant headspace, but it’s definitely not a requirement.

The dominant takes on a lot of responsibility, and compassion and care-taking is necessary to be a domme [37]. You’re designing and acting out the scene, which means taking into consideration your partner’s desires and limits and heeding a safe word should they decide to use it. Use the advice from above to keep things safe, and take your time. This is absolutely a case of “better safe than sorry.”

Practice with your tools to get the feel of them before you use them on a partner. Many kinksters recommend honing your aim with impact play objects on a pillow before using them on your play partner. When you are using something on a partner, whether it be a flogger, paddle, cane, whip, or something else, Wiseman’s advice again applies: start lighter than light and proceed slower than slow. Even when you have more experience, a few warmup swats are advised.

You can also get guidance from a more experience dominant who acts as a mentor (submissives can seek a similar relationship within their local community or online).

As the dominant, you can deal out rewards and punishments as you deem fit and use your partner for your (shared) pleasure.

Part of your responsibility as a dominant is to deal with any issues when things don’t go as planned. This could mean that your partner gets hurt, passes out, or even that your building’s fire alarm goes off in the middle of your scene.

Have handcuff keys or a safety shears nearby to get anyone out of bondage. Keep a phone within reach should you need to call an emergency number. A first aid kit helps you deal with cuts, bruises, or burns, and can minimize damage while you’re waiting for the EMTs.

Remain calm, both for yourself and your partner. You need to be able to think clearly. Otherwise, a minor incident might become a major emergency. Simply preparing for the worst lends you the reassurance that you can handle it and that it won’t be catastrophic.

Get more advice for being dominant in bed.

After a scene, even one that goes well, aftercare is essential. This might involve a little cuddling or a back massage. It all depends on what you and your partner need.

Finally, one survey found that both tops and bottoms experienced differing levels of flow during scenes [59]. Flow is the word that describes a person’s state of mind when they’re fully immersed in an enjoyable activity [60, 61] that can prioritize focus on the activity and away from other drives [62, 63].